Most are aware of the Syrian refugee crisis, from the on-going war there. 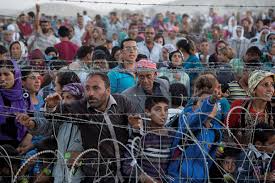 Now, President Obama has announced that the US will receive 10,000 of these:

Many people feel there is a real threat to US security in this move, as radical Islam would conquer either by the sword or by infiltration, which ever accomplishes their means quickest.

They are correct, for ISIS is trying to capitalize on this crisis.

Yet, as a Christian leader in America, what is my personal response to these refugees coming to America?

John 3:17
For God sent not his Son into the world to condemn the world; but that the world through him might be saved.

Last night, I was at McDonald’s, and I happened to bump into a friend and mentor of mine, the evangelist Daniel King.( .  For those of you who do not know Daniel, check out his ministry at: http://www.kingministries.com/meetdaniel.html) While we played with our children, I asked him directly what his thoughts were on the Syrian refugee crisis, and more specifically about President Obama’s decision to admit 10,000 refugee into the USA.

His response stirred me to write this blog:

He said: ‘ Chris, I remember the words of Dr. T.L. Osborne, when asked about his response to refugees, and large displacements of populations. He said that God’s agenda is always the gospel, and if they were in an area where it was difficult to reach them, God moves them to areas where they can be reached’

Daniel and I agree on this one thing: God has no plan ‘B’ when it comes to the gospel, but His will for every human being is the gospel, that all men might be saved.

Acts 4:12
Neither is there salvation in any other: for there is none other name under heaven given among men, whereby we must be saved

This simple statement, made a flood of Scriptures come to my mind:

And this gospel of the kingdom will be preached in the whole world as a testimony to all nations, and then the end will come

And the gospel must first be preached to all nations

Preach the word; be prepared in season and out of season; correct, rebuke and encourage—with great patience and careful instruction

For I am not ashamed of the gospel, because it is the power of God that brings salvation to everyone who believes: first to the Jew, then to the Gentile.

The god of this age has blinded the minds of unbelievers, so that they cannot see the light of thegospel that displays the glory of Christ, who is the image of God

So, the nature of Satan is to kill, steal and destroy, he is a liar and the father of all lies.

On one side, one might think that satan is attempting to send 10,000 soldiers to America, to do what disciples of satan do, kill, steal, destroy and lie in any way necessary to usurp authority, to conquer America.

The question is always: What is the church’s response?

Do we cower in fear, and like many Christians have done internationally, as sheep, present ourselves a martyrs to become beheaded by ISIS?

Or is there a bolder response required?

What if we refused to fear radical Islam, with all its wonderfully mysterious murderous ways, and instead, learned the culture of Islam with the explicit purpose of winning Muslims to Christ. 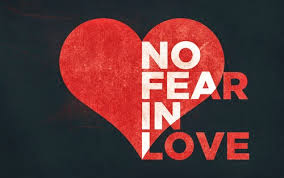 Another friend of mine, Kamran Karimi, has written a great book entitled ‘In Allah they trust’ (http://www.amazon.com/In-Allah-They-Trust-Understanding/dp/1606833510) presenting what Muslims believe, and how to reach them with the love of Jesus. 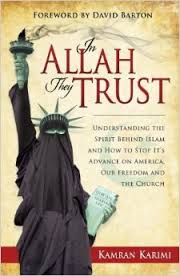 As a full time missionary, I go to various places to preach Jesus, but often find that others have gone in His name before me, and done a horrible job of presenting Him!

I firmly believe that the role of a true missionary, is to study the culture, language where possible, traditions of a people group to discover THE WAYS GOD HAS ALREADY BEEN VISITING THAT PEOPLE!

So what if US churches deliberately decided to target these refugees with love, prayer, humanitarian aid, and then educated their members on cultural more’s of Muslim people.

Perhaps women could where kerchief’s not from a sense of subjection to their husbands, but in love for Jesus, as a way to help Muslim refugee women feel accepted, loved, and welcome in our churches.

Read 1 Cor 11: 1-15. Pastors, perhaps you could prepare teachings on why women do not need to wear head coverings under the gospel of grace.

Men can exemplify the love of Jesus towards our wives,

Likewise, ye husbands, dwell with them according to knowledge, giving honour unto the wife, as unto the weaker vessel, and as being heirs together of the grace of life; that your prayers be not hindered

Exemplifying how our wives become equal to us in graces in this life, co-laborers, worthy of honor, precious and beloved of God, and by us.

For those who are truly refugees, I believe our treatment of them will truly glorify God in showing mercy and compassion to the poor.

I believe love is stronger than hate, and if we reach out on purpose to these refugee’s in the love of Jesus, they we see why America is the land of the free, home of the brave, with true freedom, liberty and justice available to all.

This is the cross of Jesus, the gospel, the power of God, love to the unlovable, that satan cannot stop, nor thwart.

Satan may have an evil plan with these refugee’s but he has been kicked in the head so many times, that his very evilness trips him up.

None of the rulers of this age understood it, for if they had, they would not have crucified the Lord of glory

Now then, what if the conspiracy theories are correct?

That indeed ISIS would use this refugee crisis to mobilize an army here on US soil.

For this, we have the 2nd Amendment, and he who would live by the sword, will die by it.

This is not a nation of ignorant sheep, easy prey for ISIS killers.

As I heard one ex-marine state: ‘Let them come. If they come with ill intent, it will save us all another trip back over to the Middle East…’

If they come in peace, America can be the most peaceful nation on earth to live.

If you come to conquer, simply ask the British, German’s, or Japanese how that went….

‘Father, I am moved with compassion for those honestly trying to escape the horrors of war, who wish to raise their families for You, in peace, and welcome them to first the kingdom of God, through Jesus, and to America as their new home. May You mobilize us, Your people to become Your instruments of love, peace, and mercy towards a suffering people. To those who come to promote Islam, ISIS, and jihad, expose them. By faith I release revelation of their plots and plans, and by the authority of Jesus invested in us, I stop them, forbidding their destruction here. Amen’